A popular terrier breed, the Yorkie (or Yorki) is a small dog with a big personality. These feisty toy dogs are spunky, sweet, and friendly but can be demanding. They might look delicate, but they’re up for anything. If you’re looking for a little dog who makes a great watchdog, consider a Yorkshire Terrier. 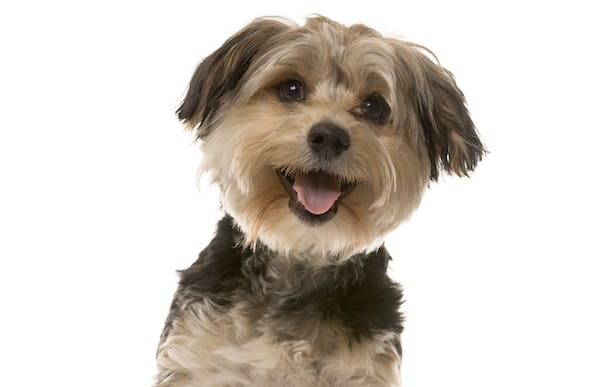 When there is an abnormality in the blood circulation around the liver, that is called a portosystemic shunt. Usually, a shunt will cause most of the blood to bypass the liver, so only some of it gets cleaned

Closing the shunt slowly with an ameroid constrictor.

A portosystemic shunt can make it difficult for your pup to grow. In less severe cases, a meal with a lot of protein can cause signs to appear briefly. It is possible for there to be multiple shunts, but it is very unlikely.

Patellar luxation is a condition where the kneecap slips out of place. In humans, it is often referred to as a “trick knee.”

Skipping (raising the affected leg while walking), kicking/stretching the leg out, pain, bow-leggedness, and lameness.

Activities like climbing stairs or that require any jumping can make the problem worse. Obesity can also have negative effects on dogs with patellar luxation. .

Legg-Calve-Perthes Disease causes a lack of blood flow to the femoral head (the ball of the hip joint).

Lameness and pain when touched.

Since there is a genetic factor, it’s best not to breed dogs with Legg-Calve-Perthes disease. After surgery, it’s important to give your dog supplements that your pet’s vet prescribed to prevent other problems.

If there’s anyone that your Yorkie will want to be around, it’s you, so be prepared for many doggy kisses.

Yorkies are ready to be best friends with pretty much anyone, from family members to strangers, so wherever you two go, your

Yorkies are pretty energetic dogs, so they’ll need quite a bit of exercise.

They may be small, but that doesn’t mean they don’t have the confidence to try to run the home.

Yorkies usually have a long and silky coat, although you can cut it to be shorter.

Black and gold, black and tan, blue and tan, steel blue and gold

Yes, they are hypoallergenic since their fur is similar to human hair.

Yorkies with long hair need to be brushed daily to get rid of tangles. All Yorkies need to have their nails clipped, and their teeth and ears cleaned regularly by a groomer or at home.

With their intelligence and willingness to please you, Yorkies are pretty easy to train, as long as you are engaging and use lots of praise, as well as an acceptable amount of treats.

A small breed that’s both adorable and opinionated, the Yorkshire terrier is one of the most popular dogs in America. Even though they first gained fame among the poorer classes, they are beloved in all social circles today.

Whether you are looking for a show dog or a tiny companion dog to add to your family, a Yorkie can be a great choice.

We hope to provide you with enough information so you can figure out if a Yorkshire terrier would fit in with your family. At Spot Pet Insurance, we’ve learned what it takes to be a great pet parent. One of the keys to success as a pet parent is knowing your pet’s wants, needs, and personality.

If you understand where your pup is coming from, you can help improve their quality of life, and you can be sure that you have the time and energy to take care of these adorable dogs. Plus, with our other educational resources, you can look into fun things to try to enjoy with your pup.

Sometimes the history of a breed can also give us an idea of why our dogs act or behave the way they do. Learning about your future pet before adopting can help prevent some mistakes and an unhappy situation for both of you.

What is the history of the Yorkshire terrier?

Terriers were bred to catch vermin, like mice and rats, that would destroy things that people needed for their livelihoods. Currently, there are many different terrier breeds, and the Yorkie has the distinction of being the smallest breed.

Yorkies came about during the time of the Industrial Revolution. When Scottish workers moved to England to find more jobs, they brought their terriers, such as the Clydesdale and the Paisley. Both of these dogs had long silky coats.

Yorkshire terriers were excellent ratters (dogs that catch rats). They were able to get into small spaces that other dogs couldn’t. However, as dog shows became more common, Yorkies began to gain popularity among upper-class British ladies.

They were small, affectionate, and elegant, the perfect choice for a Victorian lady’s lapdog. In the late 1800s, Yorkies made their way to the Americas, and they were soon accepted as an official breed by the American Kennel Club (AKC).

It took Yorkies a while to gain the hearts of Americans, but they eventually succeeded, and their popularity has continued to rise ever since.

Yorkies do not come without their faults. They can be stubborn on rare occasions and can be a bit bossy. They tend to bark a lot. Whether they’re trying to warn you of a new friend coming or expressing their opinion, silence may be difficult to have.

Although Yorkies are pretty vocal, they can be trained to keep on the quiet side with positive encouragement.

A properly socialized Yorkie will adapt to new places and situations pretty easily. They are indoor dogs, though. With their long coats, it’s easy for them to get dirty, so it’s best to keep them inside unless it’s time for them to go for a walk or play.

A properly socialized Yorkie will adapt to new places and situations pretty easily. They are indoor dogs, though. With their long coats, it’s easy for them to get dirty, so it’s best to keep them inside unless it’s time for them to go for a walk or play.

What are other potential health conditions for Yorkies?

How much exercise does a Yorkie need?

It’s important that your pup get enough mental and physical exercise. That way, you won’t have a tiny dog zooming around the house trying to get into trouble. For mental exercise, obedience training or other engaging activities should do the trick, as long as you continue to teach them new things.

For physical exercise, a Yorkie will do best alternating between steady-paced activities, like a short walk, and activities that require bursts of energy, like playing fetch or tug-o-war. You should do both daily, and walks should probably be taken twice a day.

How should you socialize your Yorkie?

Socialization is an important part of training that should be started when your pup is young. They need to be introduced to new people, places, and dogs slowly but surely. Yorkies can be a bit bossy towards small animals and dogs, so be sure to make sure they know how to behave in public.

Yorki: An introduction to the breed

Purebred Yorkies are considered a toy breed due to their small size and weight. What they lack in height, though, they make up for in bravery, sweetness, and spirit.

Yorkies have a very long, silky coat, much like the Lhasa Apso’s. It’s important to help your pup keep their hair out of their face, so you can give them fun hairdos, like putting it up in a ponytail or something similar.

Yorkies do not typically have any markings, although their coats are usually a mix of two colors, usually blue or black with tan or gold. Their beautiful coats do require a lot of care since it’s important to prevent matting or other issues that could cause your dog discomfort.

Your Yorkshire terrier looks beautiful with a long coat, but if you think you can’t handle it, they also look pretty cute with their hair cut short like when they were puppies. Either way, your Yorkie will be absolutely adorable.