Although Jack Russell terriers (JRT) can be excellent family pets, but as working dogs with a high energy level, they need plenty of direction and stimulation to help them become a great addition to your home. They’re very energetic and feisty, sometimes thinking they can take on bigger dogs. 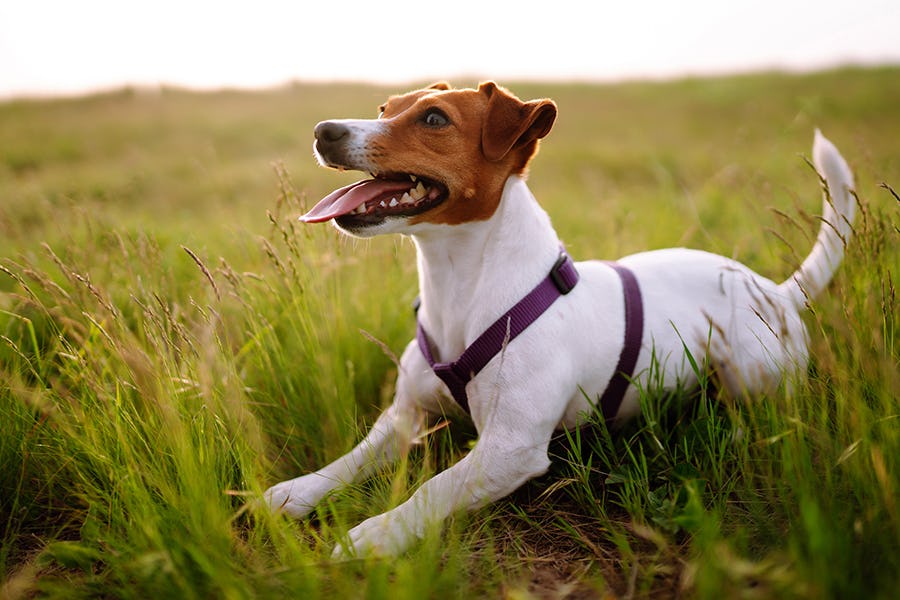 Patellar luxation is a condition where the kneecap (patella) randomly dislocates itself (luxates). It can happen for various reasons. It can be inherited and caused by structural abnormalities. It is also possible for trauma to cause the luxating patella.

The patella can luxate if the groove it sits in on the bone is too shallow, the point of attachment for the patellar ligament is in the wrong place, or the ligament is too long. These are just a few of the possibilities.

Reconstructive surgery, deepening the trochlear groove, tightening the ligaments/tissues that keep the kneecap in place

If your pup suffers from a luxating patella, it increases the likelihood of a cranial cruciate ligament rupture. Being overweight can also have a negative effect and make the condition more difficult for your pup to deal with.

Cataracts occur when a cloudy film blocks light from entering the eye. Proteins that are normally in the eye begin to clump together, causing the cloudy film.

Cataract surgery, treating underlying conditions (if there is one)

If untreated, cataracts will cause blindness, but they can also cause pressure to build up in the eye, resulting in glaucoma, a very painful condition. It can also lead to lens luxation and uveitis.

It may take some time, but Jack Russells can be very loving pups. Their families are on their top 10 list of favorite people to hang out with.

Jack Russell terriers may be small, but they have plenty of courage and spirit. They’re ready to challenge anyone, including big dogs, so these terriers are best suited to a one-pet home.

As dogs that used to help hunt foxes, Jack Russells have plenty of energy that they need to burn off. They also have active minds that need to be exercised too.

Jack Russells love to have fun. Once they’ve got some obedience training under their belt, they can be great companions to energetic kids who know how to play with dogs.

Coat Jack Russells have short coats that can be rough, smooth, or broken (patches of smooth fur and rough fur). Coat Colors White with brown, tan, or black markings

They need weekly brushing, and they should get occasional baths. Their nails should be trimmed on a regular basis, and both their ears and their teeth require regular cleaning.

Jack Russells are smart and good at learning. They need positive reinforcement from a firm hand that isn’t overbearing. 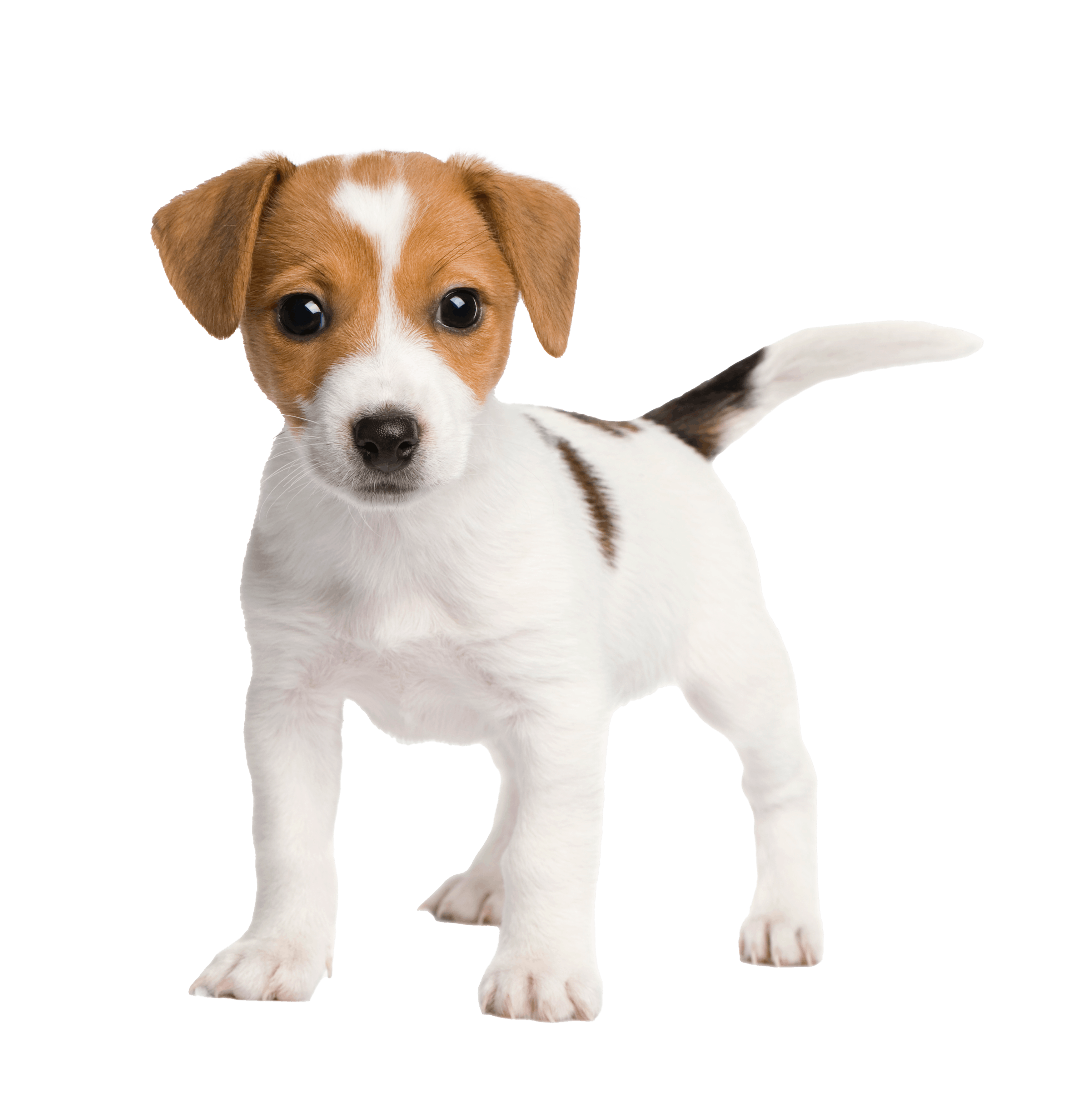 Jack Russell terriers may be small, but they shouldn’t be underestimated. These adorable pups are excellent family pets who have the courage of a much larger dog. They’re also pretty agile and fast, with plenty of energy for exercise and play.

If you’re thinking about adopting a Jack Russell, you need to be prepared. These pups are great for active families with a yard. An apartment is too confined for these energetic pups. They also require plenty of guidance and training in their early years. Otherwise, they can grow up to be bossy troublemakers.

At Spot Pet Insurance, we know that the best pet parents are informed pet parents. We want to help prepare you for this new adventure, so we’re hoping that our educational resources like this one will help you provide a happy home for your pup.

If you’re thinking about adopting a Jack Russell, you’ve come to the right place. Read on to learn more about this playful and energetic breed.

Jack Russells are small dogs. These purebred dogs usually have markings with white fur as the primary color.

Jack Russells have a short double coat in three different coat types. They may have a smooth coat, a rough coat, or a broken coat. Broken coats have patches of smooth fur and patches of rough fur.

Jack Russells are always white. They can have brown, tan, or black markings, but these are usually limited to a spot on the back and spots around the ears.

The Jack Russell came into being as part of an effort by a pastor named John Russell. Along with his theological studies, John Russell loved hunting, and he wanted to breed a dog that could follow foxes into their dens during the hunt.

Pastor Russell did not keep very good records, although it is theorized that Jack Russells are descendants of English foxhounds and white terriers in the early 19th century. They were popular among those who hunted foxes since the Jack Russell could chase a fox into its den, and flush them out, thereby continuing the hunt.

By the 1930s, Jack Russells were in the United States. Their club, the Jack Russell Terrier Club of America (JRTCA), was formed in 1976.

Why are there so many Russell terriers?

Parson Russell terriers are built more for hunting, while Jack Russells are family dogs, although they do retain some of the necessary hunting traits. Jack Russells typically have shorter legs and a more rectangular build.

Russell terriers are the smallest of the three types, and their development ended in Australia. Their size is primarily because their legs are much shorter, allowing them to follow foxes into their dens if they need to.

What are the potential health conditions for Jack Russells?

Every dog breed has its own inheritable health conditions, so we need to learn about possible health problems to be prepared. If we can recognize symptoms, we can help our pups get the treatment they need if health issues pop up.

We may not be able to help your pup physically since we aren’t licensed vets, but we can help you get in touch with a vet if you’re a member. We have a 24/7 telehealth service powered by whiskerDocs. We can also help cover eligible costs for conditions that aren’t pre-existing.

How to be the best pet parent for a Jack Russell terrier?

Jack Russells usually require someone who can take charge and keep them out of trouble, but every individual dog has their own quirks. That’s why good pet parents get to know their dogs and spend time with them.

Part of teaching any dog how to behave in public is by socializing them from an early age. This means introducing your Jack Russell terrier to new people, places, and dogs gradually as they age.

Even with their small size, Jack Russells are hunting dogs, so you need to make sure that they behave around smaller animals.

Jack Russells are vocal watchdogs, so if you prefer a quiet home, you’ll need to train them to keep quiet when asked, or look for another, less vocal terrier breed.

What type of foods should a Jack Russell never eat?

Although there are some foods that we can enjoy with our pups, like blueberries, there are also foods that can be harmful to them. It’s important to learn what your dog can and can’t eat, especially if you’re thinking about cooking their food yourself.

Some of the foods that are toxic for Jack Russells are:

You may know that Jack Russells are high-energy dogs if you’ve ever watched an episode that included “Eddie” on the TV show Frasier. They’re hunting dogs, once used for fox hunting, so these working terriers have a hunter’s energy.

Jack Russells also have surprising abilities for such little dogs. They can keep up with you on a jog since they were bred to be able to keep up with horses. They can also jump up to five feet into the air.

Jack Russells need lots of exercise daily. Dog owners should take them for a long walk, play games with them, or let them out into a fenced yard to run around.

With a strong prey drive, your Jack Russel terrier needs to be in a fenced yard or leashed, or it will run after small animals.

If you let them out into the yard, you need to make sure that the fence is above five feet and that your pup can’t dig holes underneath it. Since they hunted foxes, Jack Russells are excellent diggers.

How Old Is My Jack Russell In Human Years? [Age Calculator] | jackrussellterrierdog.com